Parkour is a method of physical training that develops one’s ability to overcome obstacles (both physical and mental). Parkour is essentially the art of getting from point A to point B as quickly and safely as possible. It is driven by a philosophy of altruism, useful strength, longevity, self-improvement and self-understanding. With our custom built equipment the Parkour classes will teach the fundamentals of this sport in a safe and structured environment. We offer Parkour classes for all ages and abilities.

At Elements Parkour we are excited to be one of the premier studios for intense and fun parkour classes.  We have different classes for different skill levels from beginner to intermediate. You can find out more information about the classes below. 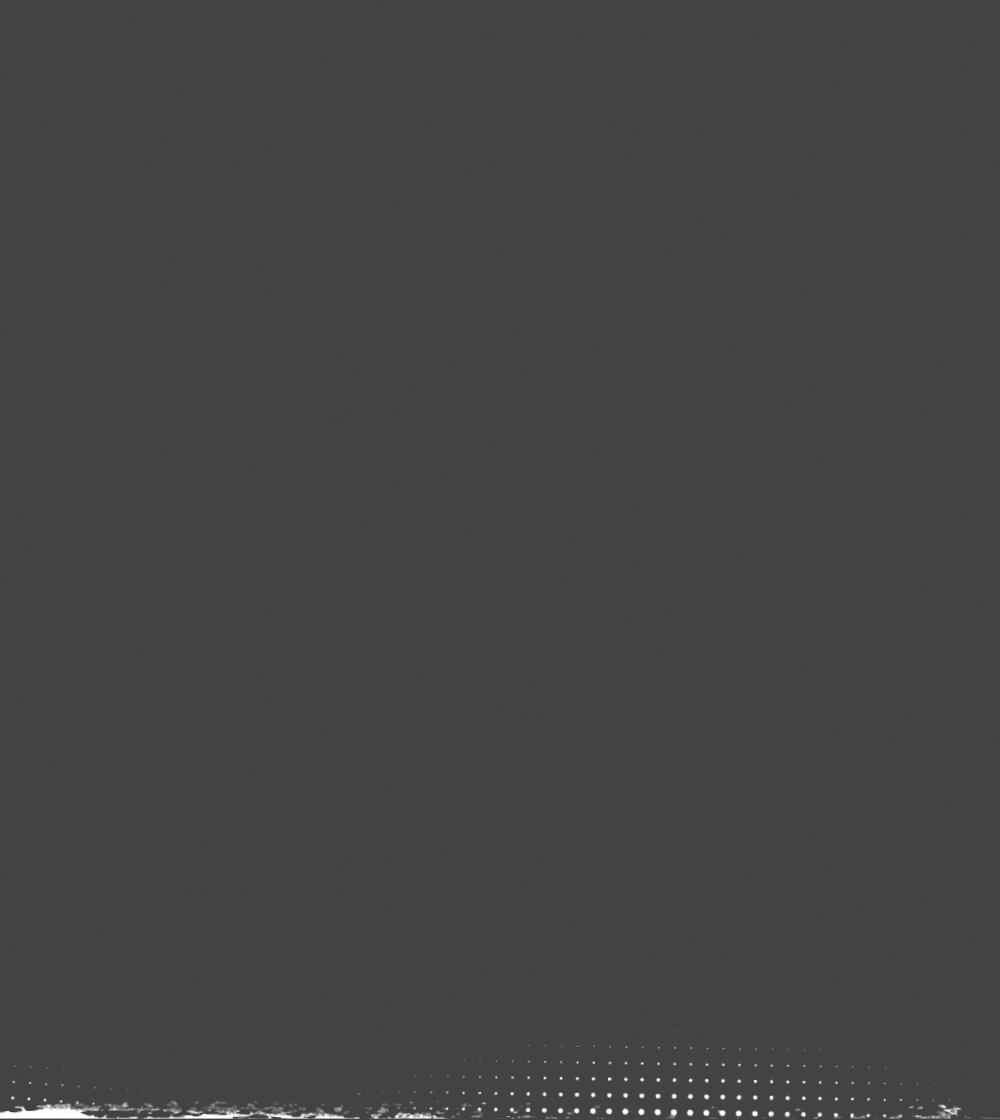 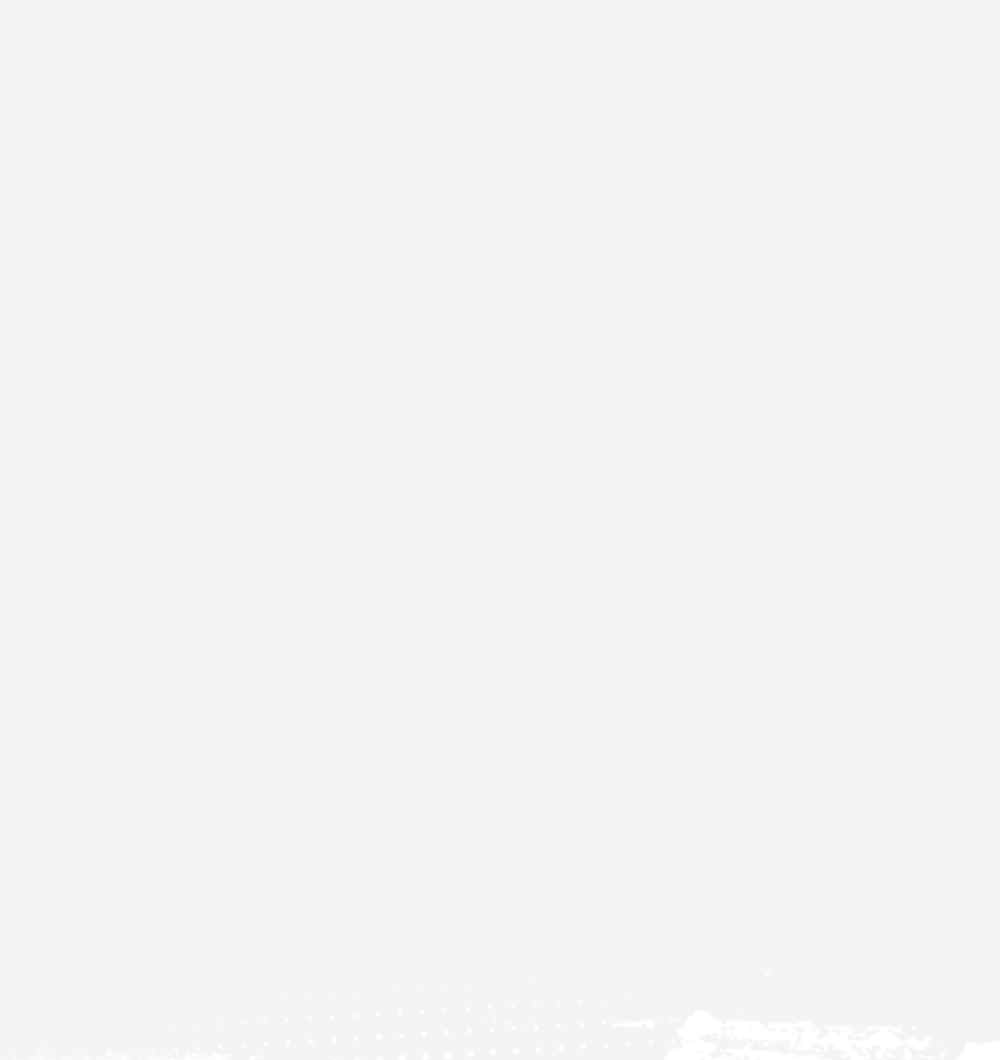 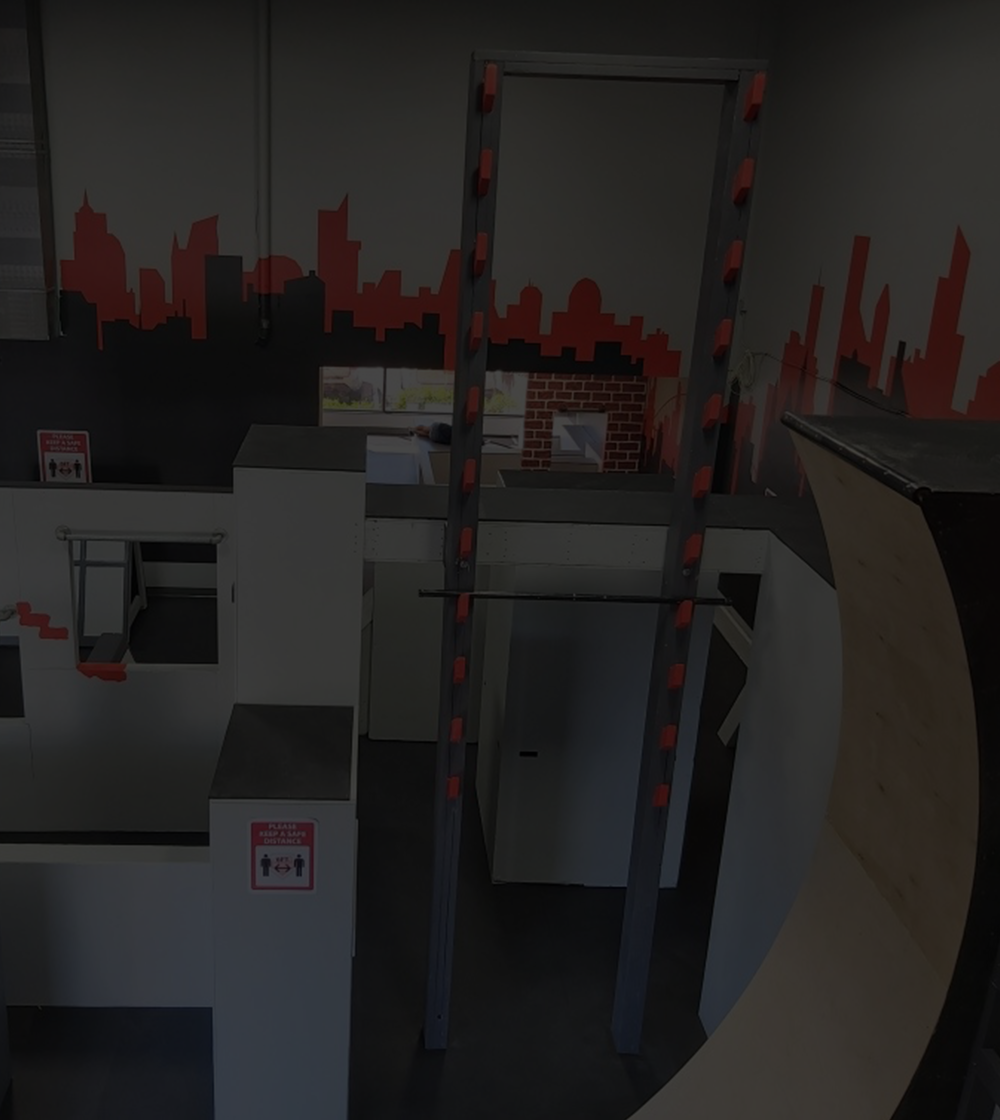 P: Langley - (604) 510 2220 OR Abbotsford (604) 776 1923
E: [email protected]
COMMUNITY
Well children do make great bonds when joining Cheer, their whole families can also find a sense of community. Parents often find they have found their best friends through watching their kids perform, travelling, and events!
CREATE GOALS
Learning to set goals is an important part of development and cheerleaders learn to thrive on challenge and opportunity! Each year, our teams are tasked with new routines, tumbling, harder stunts, and leaving it all on the mat!
DEVELOP CONFIDENCE
As a cheerleader, you spend the majority of your time around people who encourage and support you. Knowing that you have the ability to practice, learn, and master new skills is a major confidence builder.
TEAM UNITY
Cheerleaders end up being more like brothers and sister than friends. Between training, competing, events, and fundraising, they learn to be something part of bigger than cheer.
GET FIT AND STRONG
If you are a cheerleader or want to be one, you know that behind those awesome skills is a lot of strength and training. Building muscle and endurance will help in tumbling, stunting and pyramids.
MENTAL STRENGTH
Get back up after you fall! Mental strength is not only important for cheerleading but for life in general. Learn what it means to lose it and what it takes to win it back! 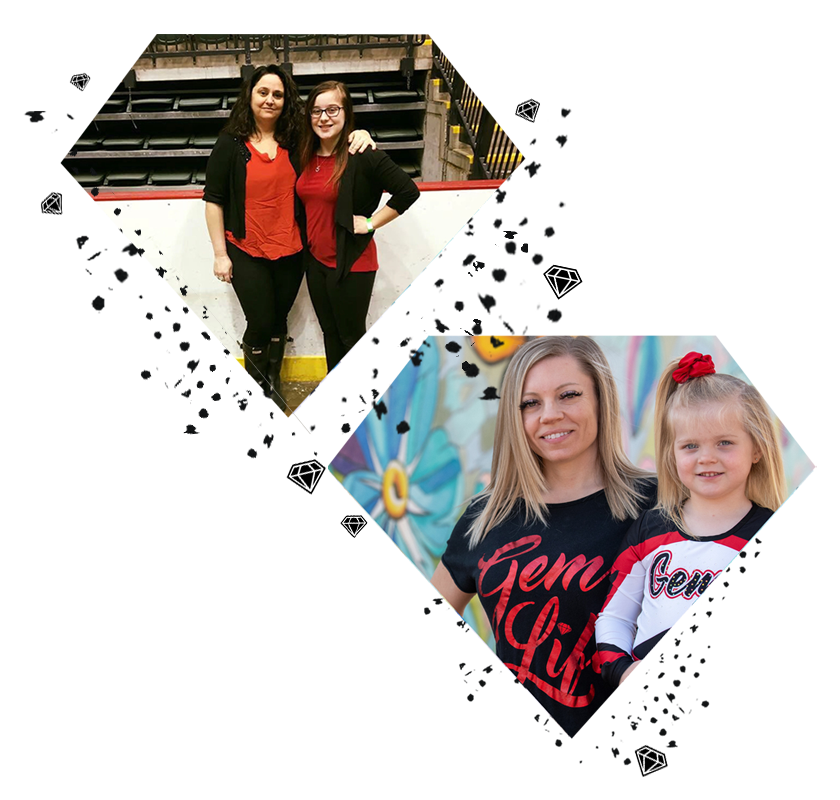 When Nikole Davie first coached one of Leanna Fisher’s daughters in 2014 on her All-Star cheer team, never did either of them dream they would open an All-Star Cheer and Parkour gym.

Getting interested in cheer when she was in high school was a passion that Nikole carried on into her adult life coaching in facilities all over the Lower Mainland. Her dream was to one day own her own facility that would foster her values for the love of the sport and her athletes.

After attending their first cheer competition Leanna knew that she wanted to be a part of this amazing sport and approached Nikole about partnering and opening their own facility.

Less than 3 months after their first conversation and with only 7 athletes they opened the doors to Langley Cheer & Athletics which later transitioned into Gems Athletics with two locations – Langley/Surrey and Abbotsford. They are now in their 8th year of business and have added Parkour programs as well as expanding the facility to almost double its original size. With almost 500 athletes, Gems Athletics is becoming everything they always dreamed of and more.

Winter Camps are Up!

Want your children to be active while having fun? Join our coaches and learn about the sport of Parkour or build on the skills they already have! The children’s days will be filled with activities that will help work on their skills, playing games and much more!

Elements Parkour is coming to Abbotsford

Elements Parkour is coming to Abbotsford and we can't wait for you to see the new space. Opening with full-day Spring Break Camps this March for ages 6+! Come spend your Spring Break with us!